The word “authentic” gets thrown around like tortillas all too often. More often than not, Mexican eateries take the brunt of the over-usage of the word. To me it’s so ironic. In my own experiences with Mexican restaurants, the food offered is all the same and could not be any further from “authentic”. Don’t get me wrong, there are some exceptions to the rule here in Nola, and you know who you are, but for the most part most my experiences are subpar to say the least.

Earlier this year, when I heard Chef John Besh and Chef Aaron Sánchez were collaborating on a Mexican concept  titled Johnny Sánchez (930 Poydras St. / PH. 504.304.6615) to open in the old Ste. Marie spot in the CBD, I was truly hopeful and excited at the same time.

With that said, I feel like I should go to confession for being the least bit skeptical. In a little over a month of their official opening, I’ve visited Johnny Sánchez twice, and with each visit, the guilt was washed away not only by elated food euphoria but also by a modest amount of tequila. Here’s the team’s mission statement…

“JOHNNY SÁNCHEZ IS a smart, chic and authentic taqueria that embodies the warmth of traditional Mexican cooking, and the fun and genuine hospitality that defines New Orleans. It is a collaboration of two old friends who happen to be world class chefs. It bridges traditional Mexican food with a cutting-edge modern approach to food using the very best ingredients.

Serious food in a fun environment is the name of the game. Stepping through the door will bring guests out of their everyday routine and into a inspired atmosphere reminiscent of Mexico City.”

From the statement above, it seems as though collaboration is the key to the success of Johnny Sánchez. Besh and Sánchez also rely on Executive Chef Miles Landrem to bring his efforts and influences to the table to create one of the most diverse and exciting menus around town.

The collaboration between the good friends and culinary titans also extends beyond the kitchen. The interior is extremely colorful and inviting in an almost asymmetrical way. The lights that hang from the ceiling  fill in the space otherwise flooded with the natural light from Poydras. The early city plan drawings from Ste. Marie have been replaced with muralized traditional tattoos. What a great contrast IMHO. It’s a comfortable and efficient space without a doubt.

Now on to the real reason you are here. The food. All of the things I ranted about at the onset of this post do not pertain to the experiences I’ve had at Johnny Sánchez.

I know I’m in love when all I can think about is that first experience and getting back to those moments with a quickness. After my first meal, I couldn’t wait to return to Johnny Sánchez, only to replicate that initial experience. 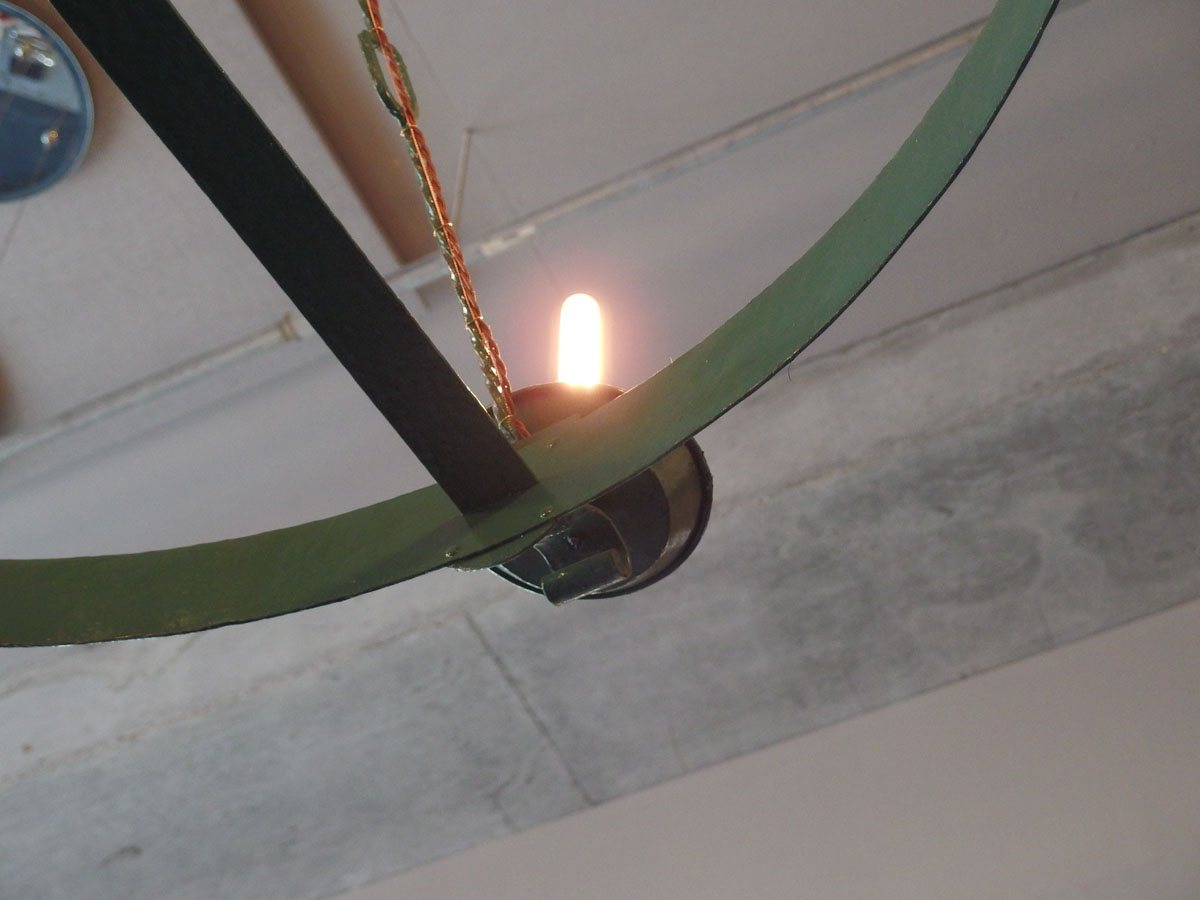 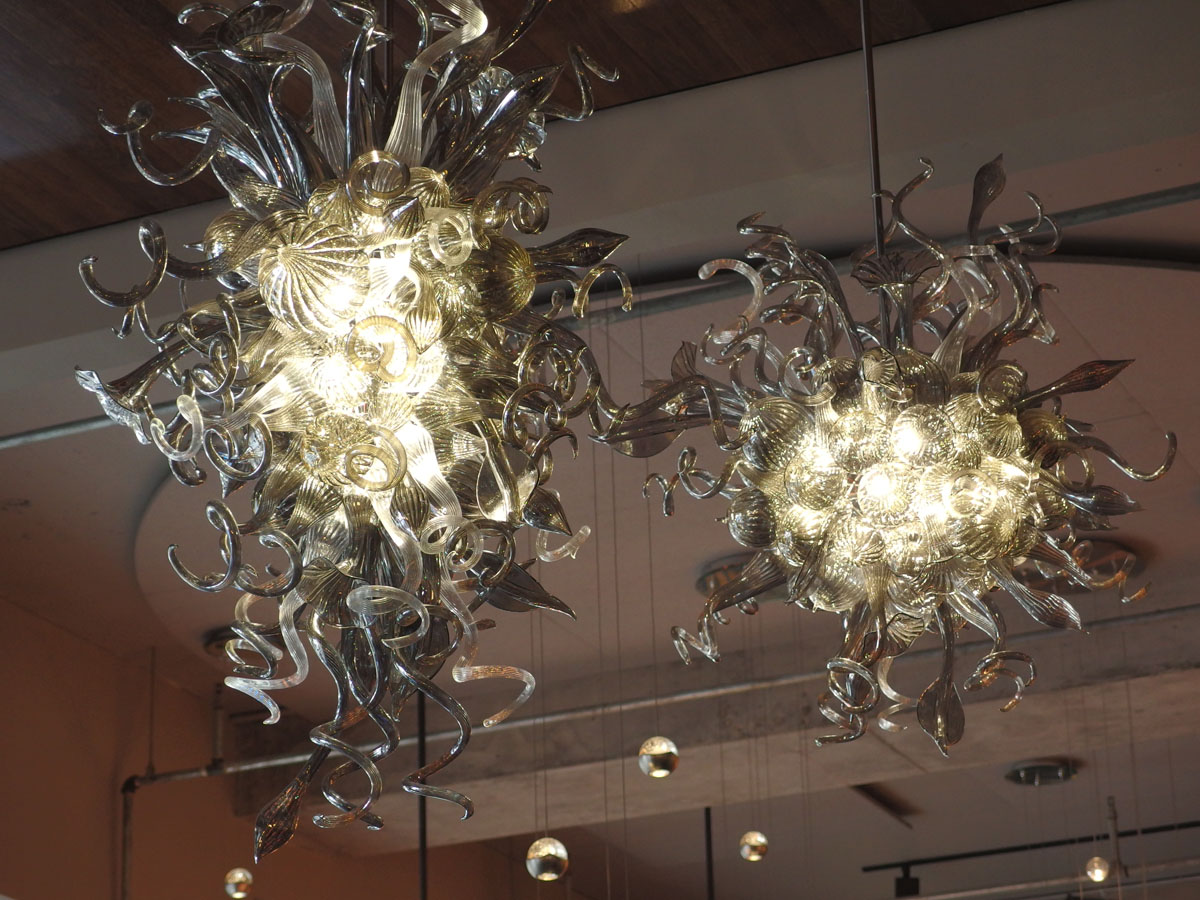 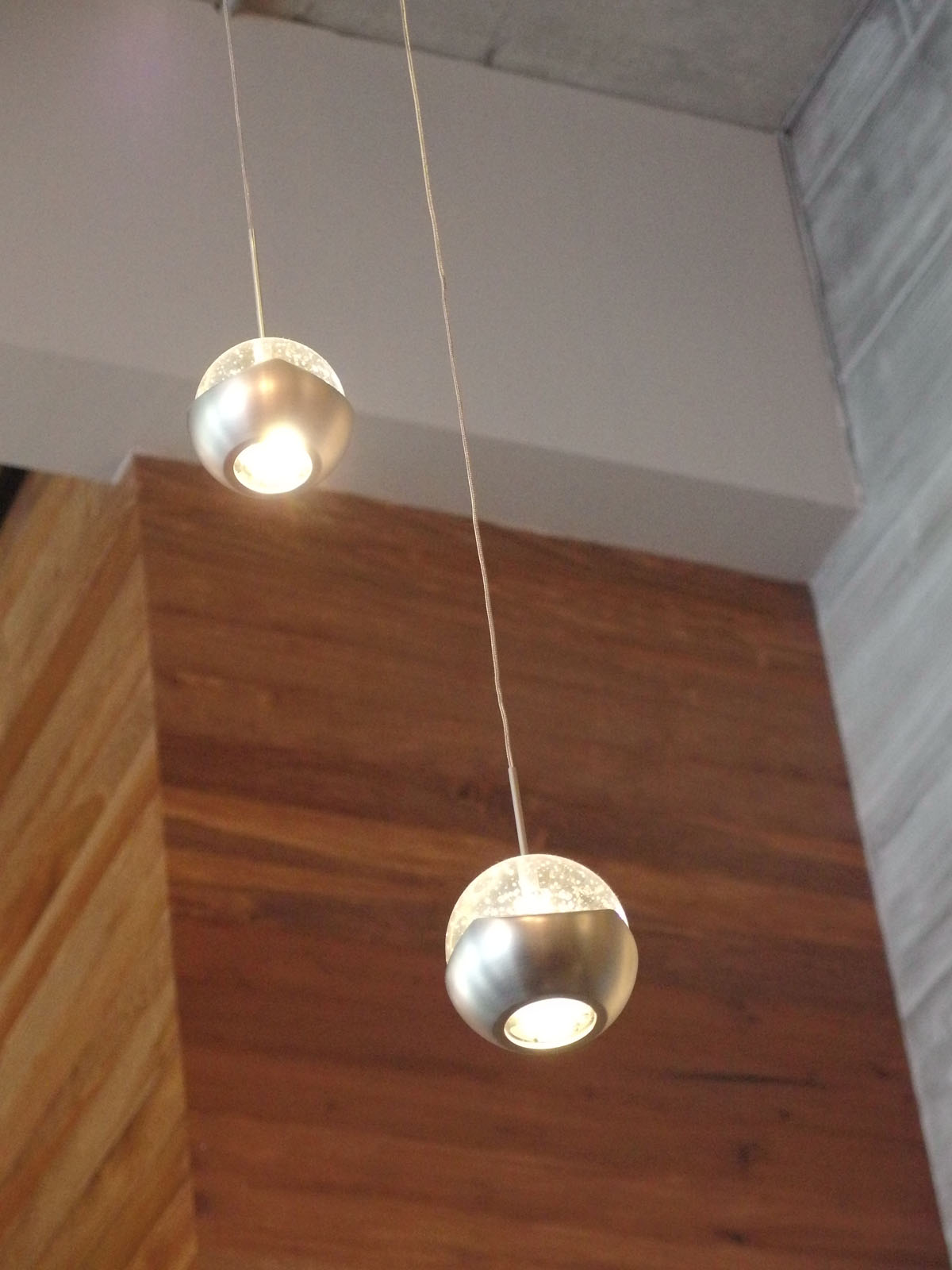 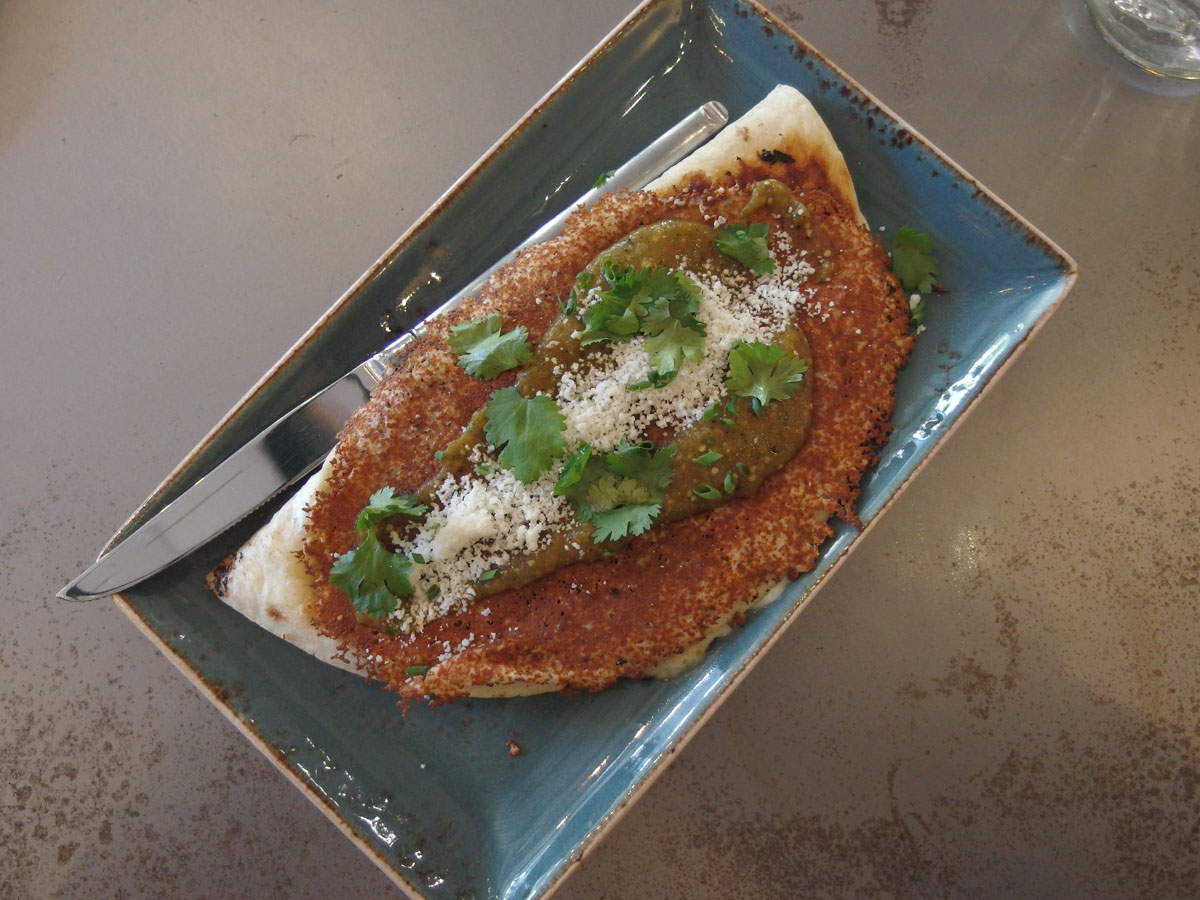 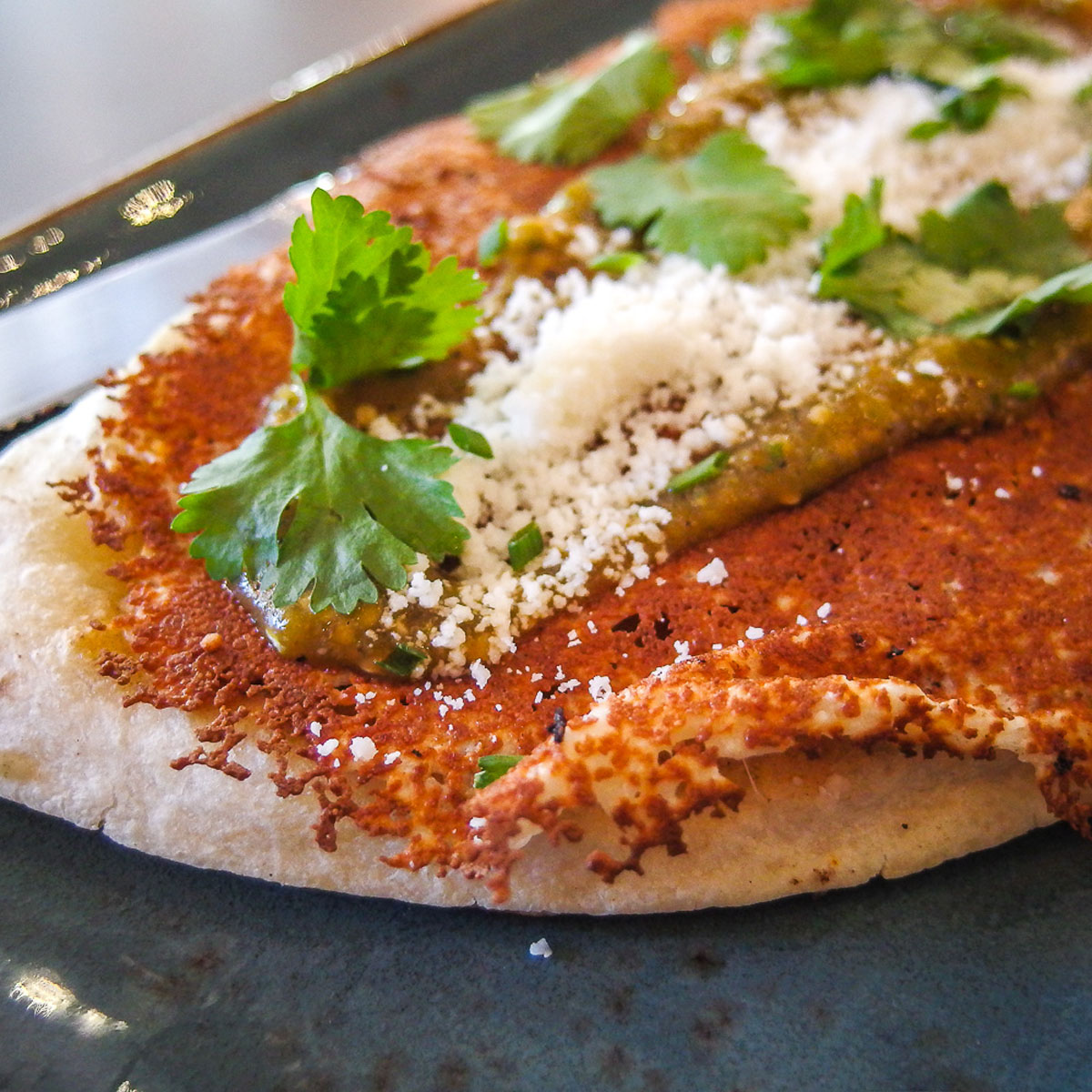 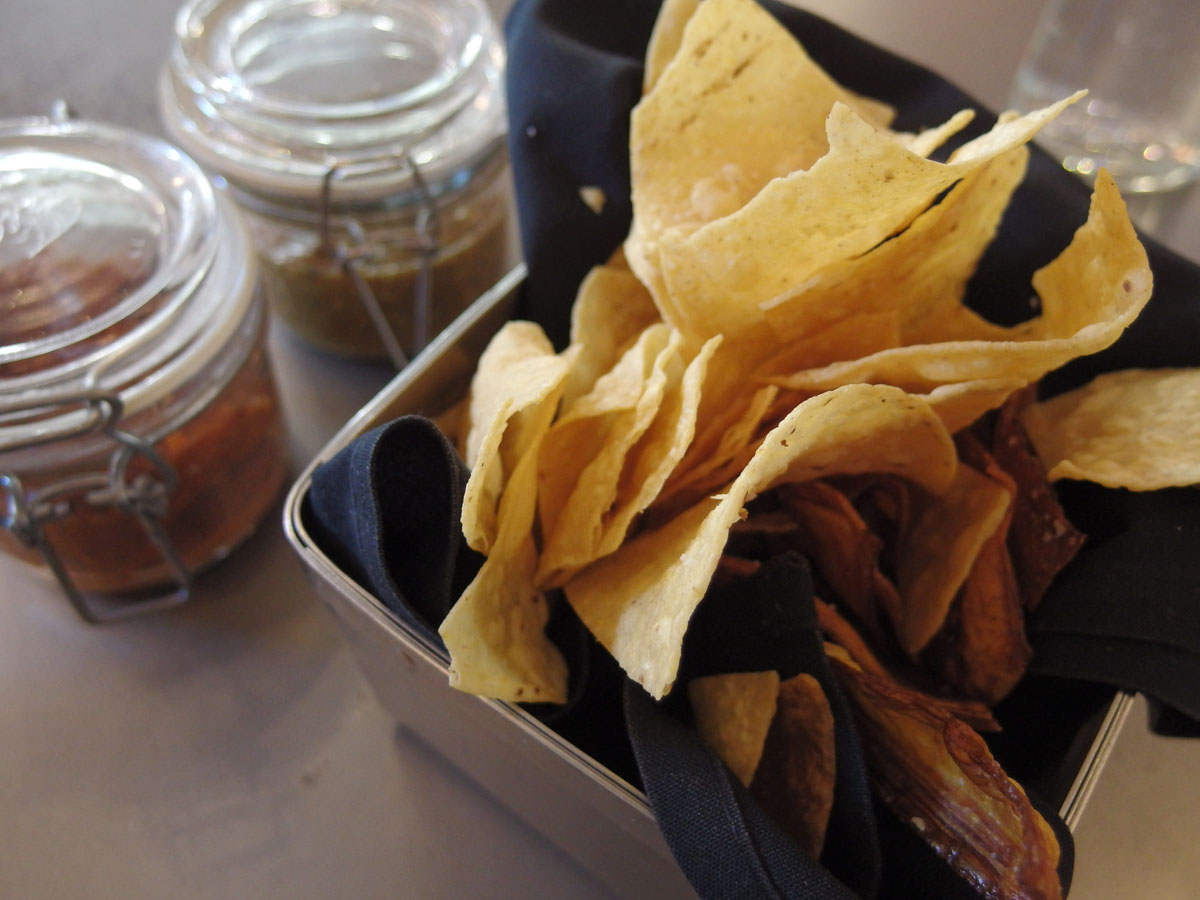 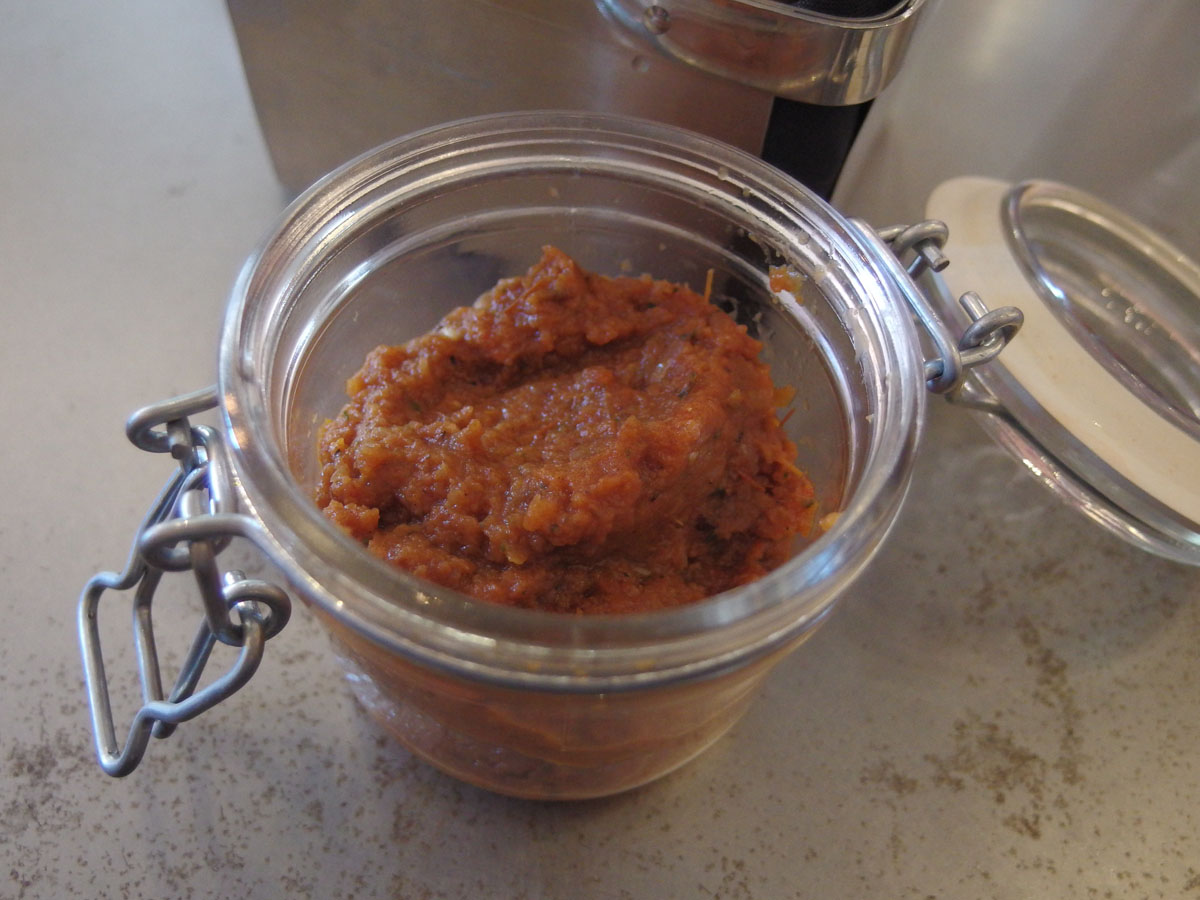 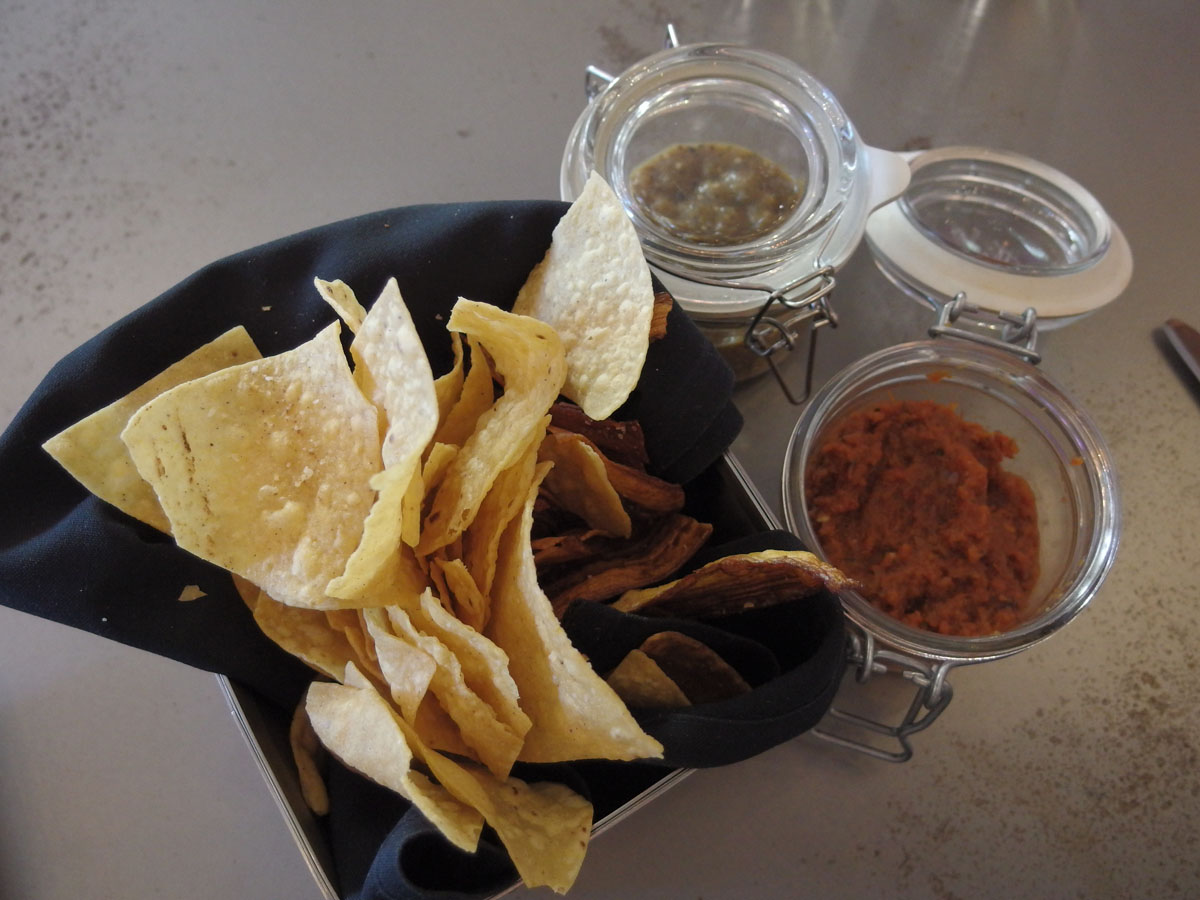 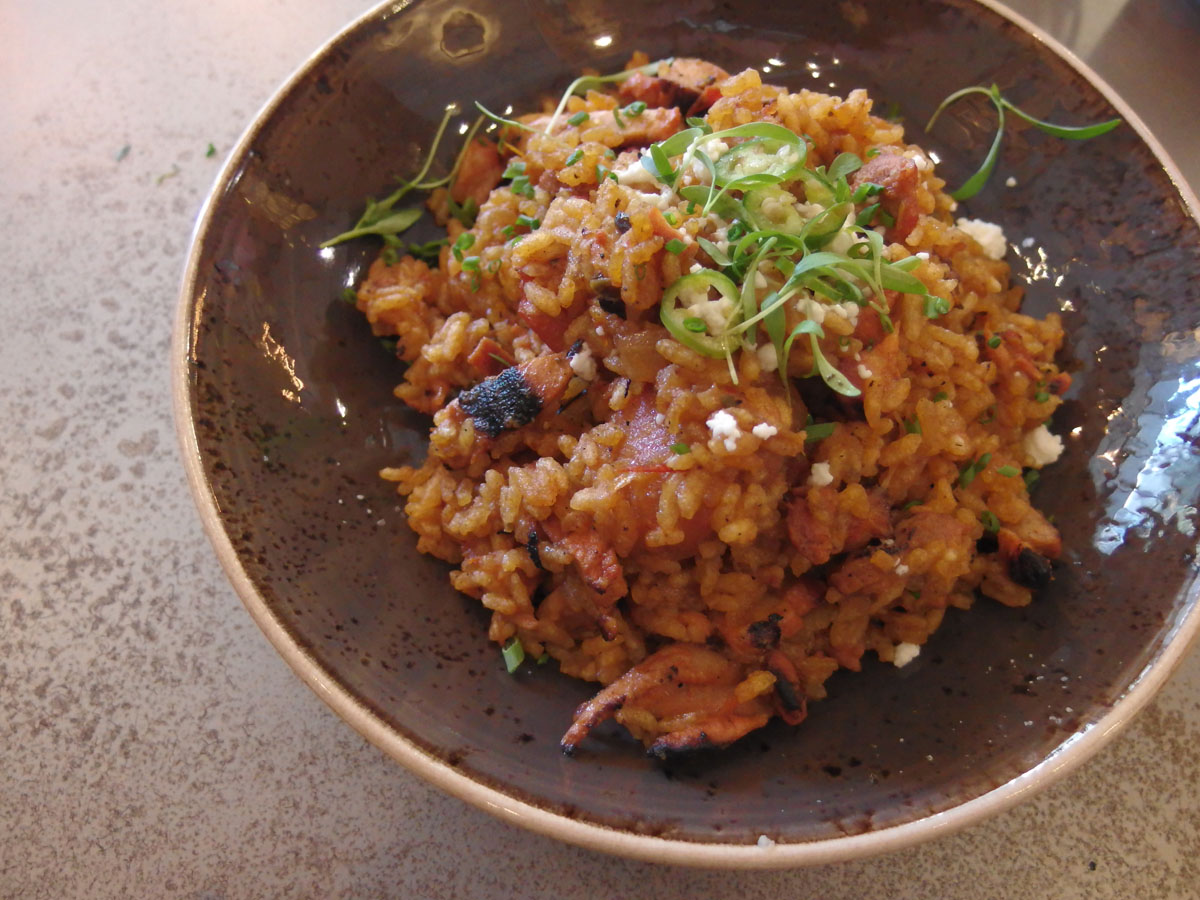 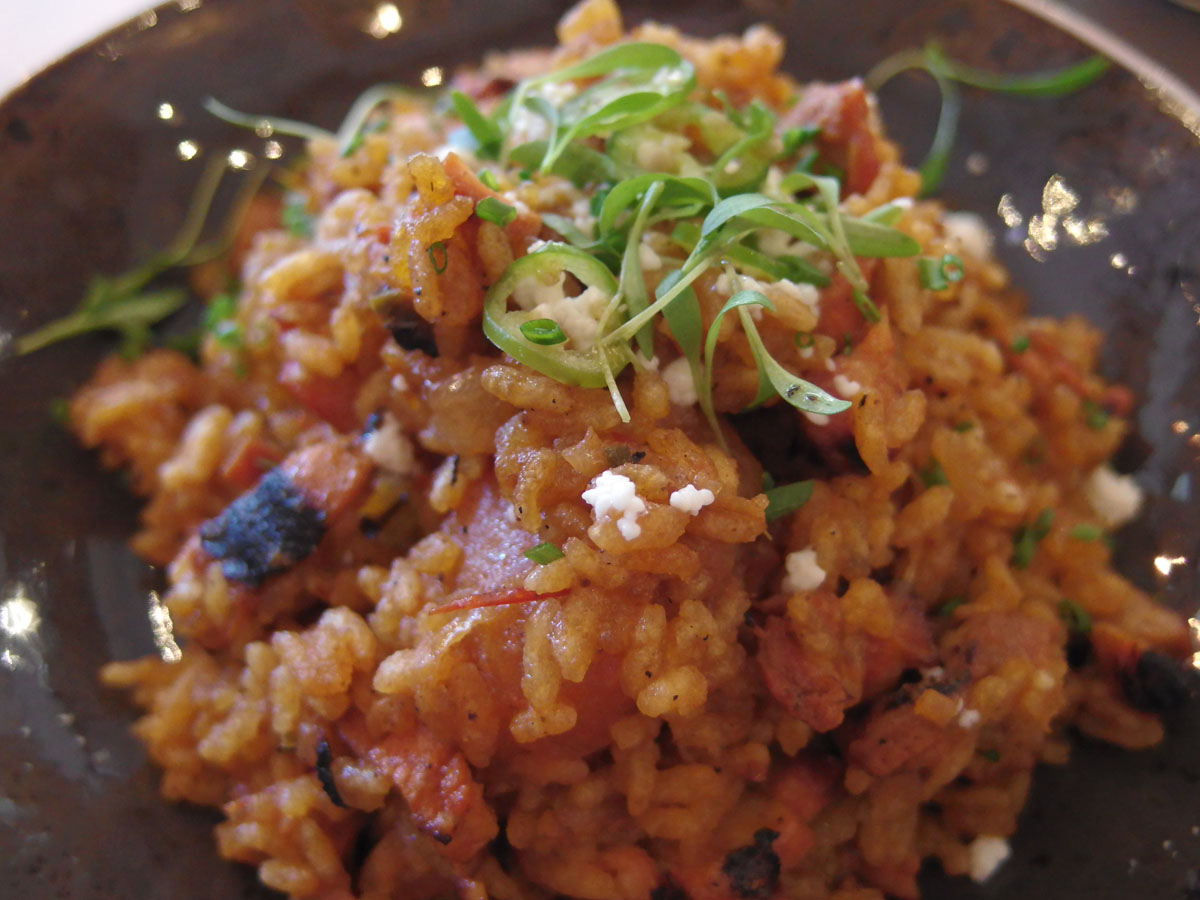 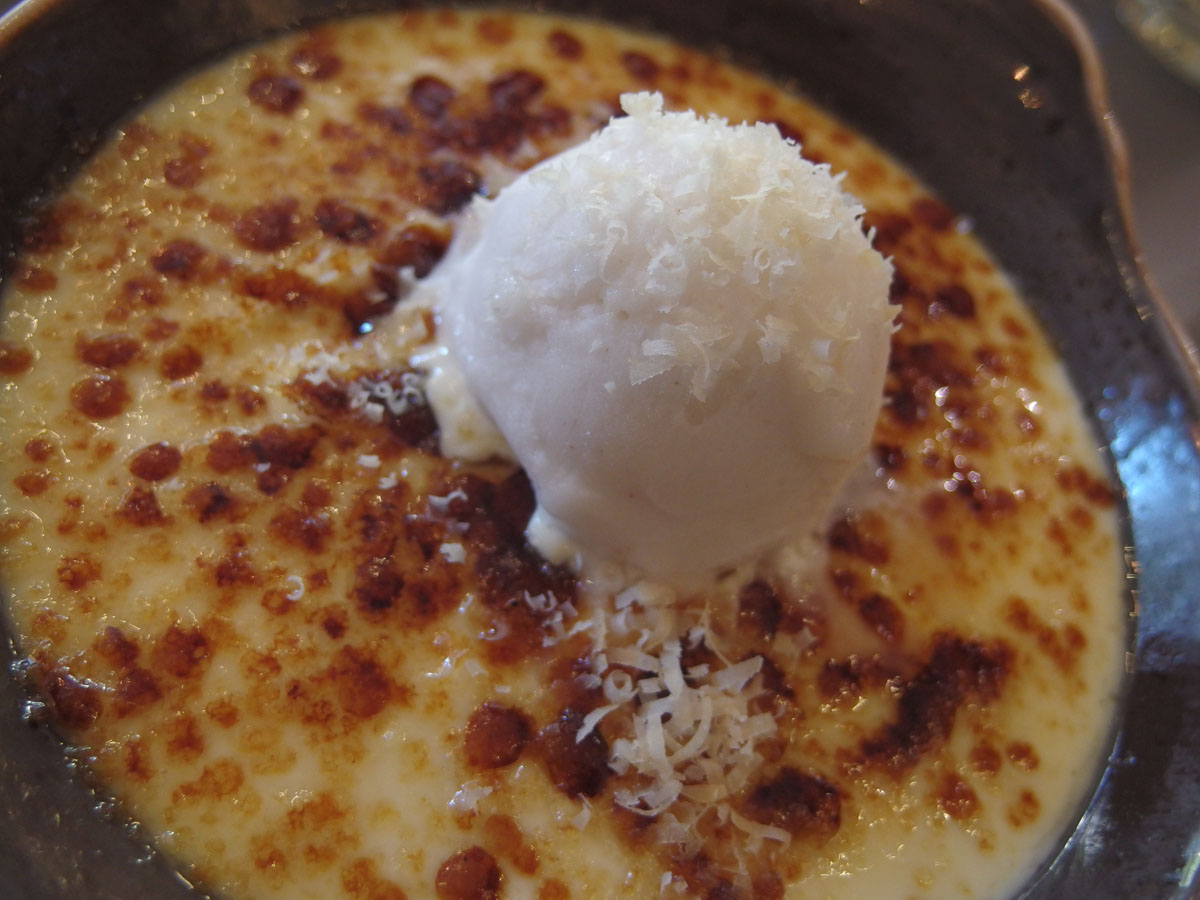 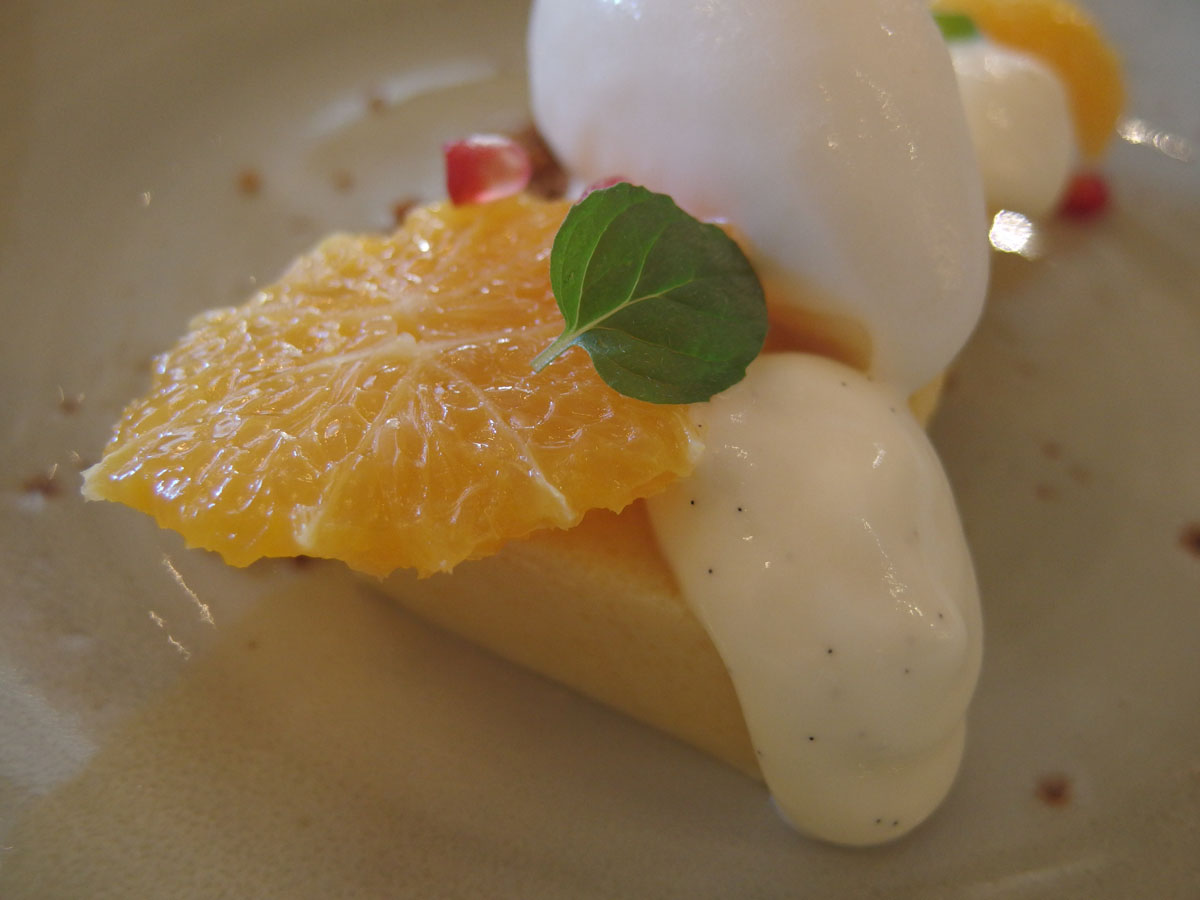 Appetizer — Besides the unique and ingenious collection of chips and 2 types of traditional salsa put in front of my pie hole, which I dug into directly, the highlight of the start of my meal was the QUESADILLA filled with wild mushrooms, roasted jalapeño, and topped with salsa verde. I couldn’t get over the subtle texture of the mushroom and the gloriously gooey cheese inside of the massive ‘dilla. There was a generous amount of salsa verde that stretched across the slightly crispy cheese laden edges. It proved to be a great start to my food come wanderlust.

Cocktail — traditional marguerita garneshed with jalapeño was not too bitter and not too sweet. Just right.

Entree — this is where the wheels began to fall off as I rolled on through to euphoria-land. When the Arroz Con Pollo (slow roasted chicken, crispy rice, roasted tomatoes, avocado, cotija cheese, serrano)hit the table (I ordered it minus the avocado) and I began to dig in like it was my first meal in weeks, it gave me life. I contemplated getting up from the table and sitting by myself on my second visit just to avoid sharing with my friend. The collaboration between chefs is truly evident in this dish. The flavors and textures were on point and the most surprising touch was the addition of the crispy rice that sent me over the edge. Truly magical.

Dessert — just when I thought I couldn’t go another round, the desserts hit the table. Delivered in a cast iron skillet of sorts, the Mexican Creme Brûlée (piloncillo, macadamia nut, horchata ice cream) almost stole the show. Equally decadent, was the Masa Cake (landrem’s citrus, buttermilk, sweet corn) that left me wanting more. They were both stellar, but I actually could have eaten another batch of Arroz Con Pollo.

In the end, it doesn’t matter what adjectives are used to describe a certain cuisine, it’s whether or not the restaurant delivers on it’s promise and Johnny Sánchez does that and more. That may ultimately be my biggest beef with the word authentic. From now on it just means put up or shut up and deliver. Thanks JS for delivering.