Local New Orleans Jazz & Contemporary singer/songwriter Cristina Perez’s style has been referred to as “sultry, smooth that is part Ella Fitzgerald, part Norah Jones”. Being included in such company certainly denotes some serious chops. A true renaissance performer, Cristina’s range extends through all disciplines including acting, dance, and her most prolific, singing.

I was so thrilled to be able to walk and shoot around uptown with this 4th generation Nola Maven, and learn more about her and her latest single “The Sweetest Thing”. 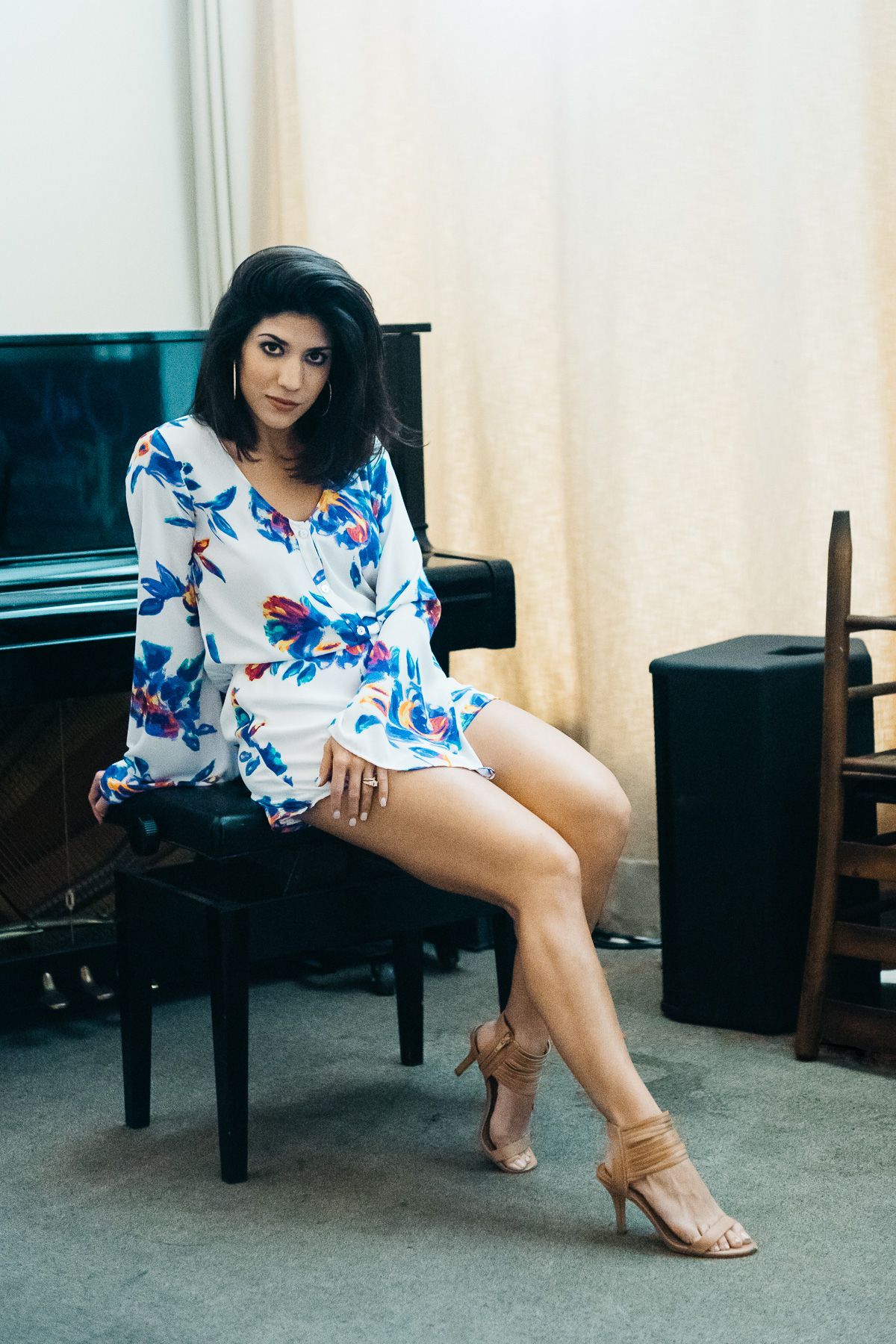 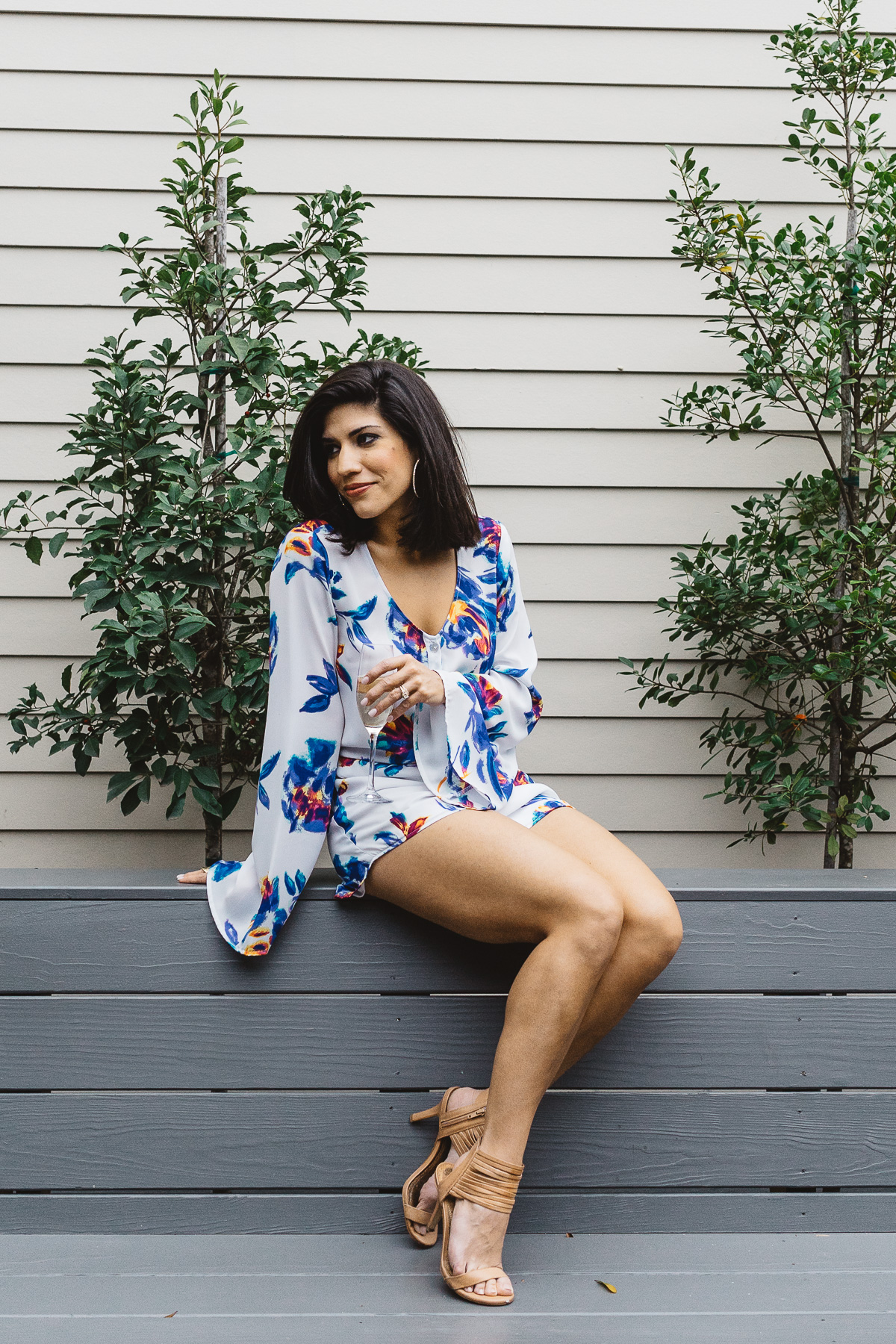 Cristina is a musical powerhouse. She writes & produces all of her own music including her latest release “The Sweetest Thing”, and is also a lead performer in many of the shows at the National World War II Museum including The Victory Belles. We’re enamored with Cristina! Below are the some burning questions we had for Cristina…

1.What do you love most about New Orleans?

I love that no matter where you go, you can talk to a total stranger and make a new friend- and probably find out that you are related. There seems to be one or two degrees separation between anyone and everyone who’s ever stepped foot in this city, and I just love that. It also helps that people are so friendly here, so striking up a conversation with total strangers is totally normal. This seems to be a unique quality of this city and I embrace it with open arms!

2) What do you enjoy most about performing?

I love watching people in the audience. Sometimes a couple can be sitting next to each other and I’ll start a song which prompts a certain “look” between them. I know somehow this song has meaning to them. That’s something I really appreciate about music. Every song has a different meaning to each different listener, and if I sing it with all my heart I can take someone back to some very special memories. That is beautiful to me, the ability to communicate through sound and song.

3) How has New Orleans inspired you musically?

It’s probably influenced me in more ways than I’ll ever know! I know the style of my music is certainly influenced by what I heard throughout the streets of the French Quarter growing up in the city. My parents would take us to the river walk or aquarium and we’d go walking around the quarter all day. I probably made them stop to listen to every street band and tap dancer along the way. I also met my husband in New Orleans. The music of the city brought us together. A mutual friend, Gordon, played trumpet in Chris’ band and convinced me to go listen one night at Mimi’s in the Marigny. I thought the banjo player was super cute. 6 years later… Here we are. Chris was the inspiration for a lot of my writing on this album, especially the tune “the simplest things.” I’ve just always lit up seeing him smile or hearing him pick up the phone. He’s so cheery. So I’m forever grateful for the tight music community here, it’s essentially what brought us together.

Crawfish étouffée. My mom makes the best. That and cafe Au lait. I probably drink way too much coffee.

It would probably have to be singing the national anthem at the Superdome a couple of years ago with the Victory Belles. It was for a Saints vs. Cowboys game for Veterans Day. There was an amazing salute to our veterans complete with a 70,000 person card stunt, a reunion of an active duty military woman with her family followed by our singing of the national anthem with every branch of our armed forces represented behind us. It was all nationally televised, so my family and friends around the country got to watch. It was amazing to sing for such a large crowd. It’s hard to describe what 70,000 people chanting “who dat” sounds like in the Superdome. I don’t think it gets more New Orleans than that.

This coming Tuesday, Cristina will debut her video for her latest single “Sweetest Thing” in support of the #NolaSweetestThing movement.

The #NolaSweetestThing movement has one goal: to spread the love of New Orleans. When it came time to debut her new song, “The Sweetest Thing,” it seemed only natural to turn it into a love song for her hometown and to allow others to do the same. The result is a video that asks locals and tourists what they believe is the sweetest thing about New Orleans. People from around the world are encouraged to join the #NolaSweetestThing movement on April 7 by sharing their own New Orleans love stories or by purchasing their own #NolaSweetestThing shirt from Fleurty Girl. Designed by local artist Lionheart Prints, sales from the shirt support The Roots of Music, because what better gift to give to our one true love, the city of New Orleans, than the gift of continued music?