A few months ago when Hattie Sparks opened up her second location in the CBD(939 Girod Street South Market District), I was quite taken and equally blow away by not only the curated space in all it’s super clean glory but the pieces of artwork that were hanging in plain view as you walked through the doors. As it turned out, it was the work of creative Scott Jarrett and his label General Public Designs. A few weeks later I met Scott at Little Flea where he was showcasing his latest pieces. As someone who is drawn to clean and colorful lines as well as symmetrical anything, I couldn’t help but to become a fast fan.

I recently met up with Scott at his workspace to discuss his work and shoot around a bit. As a designer and photographer, Scott’s work inspires me to think differently about everything I do as a creative. Check out the rest of images from our shoot as well as his profile questions below! 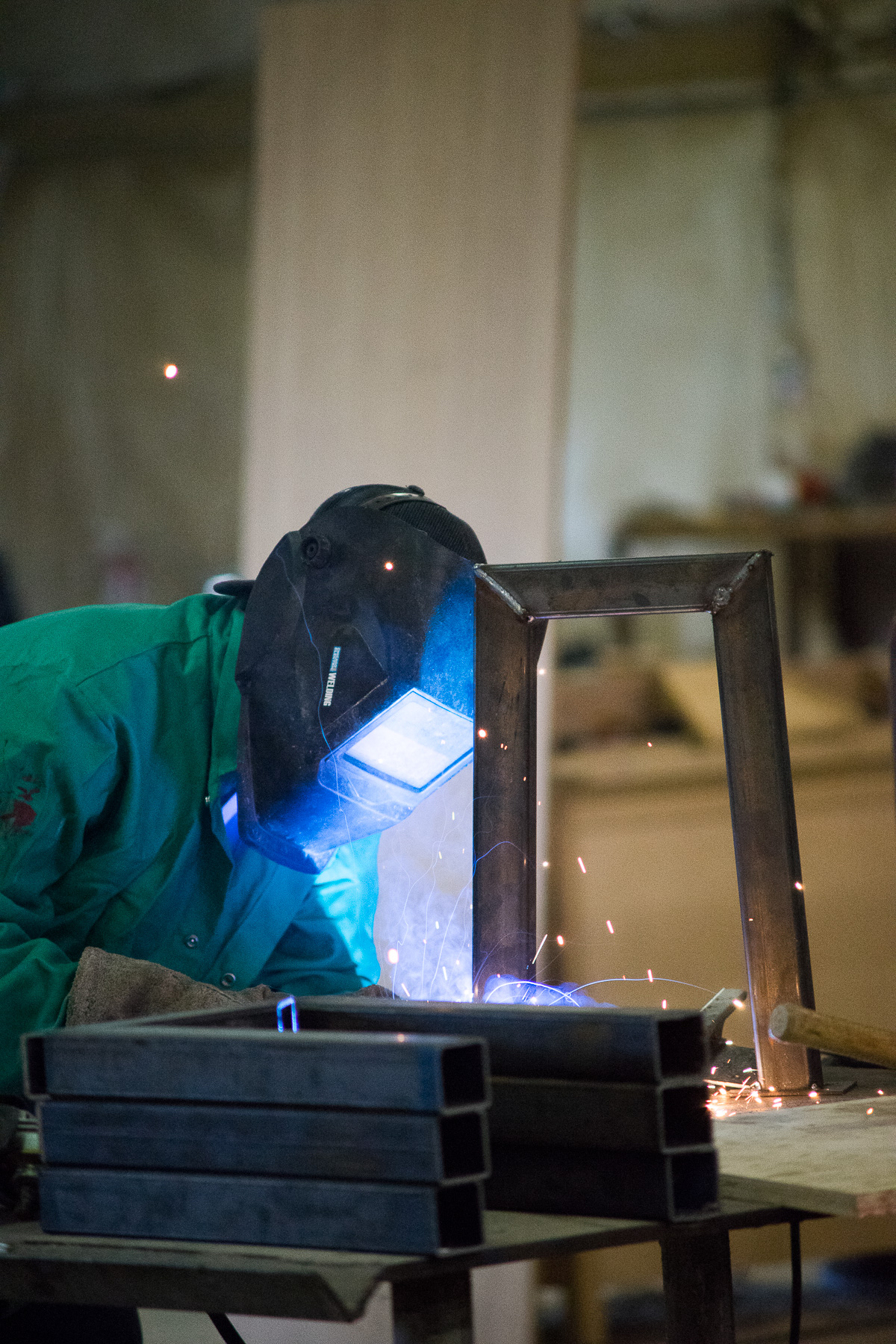 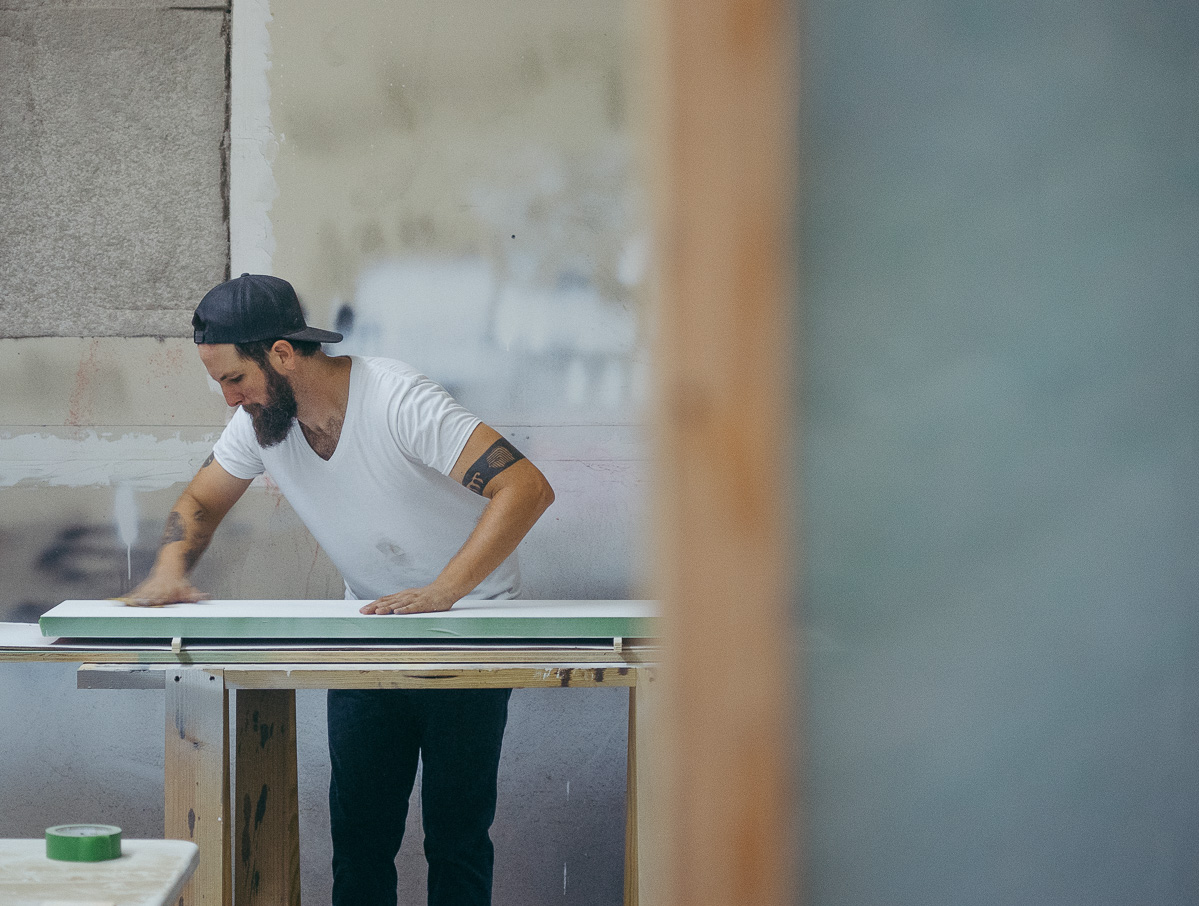 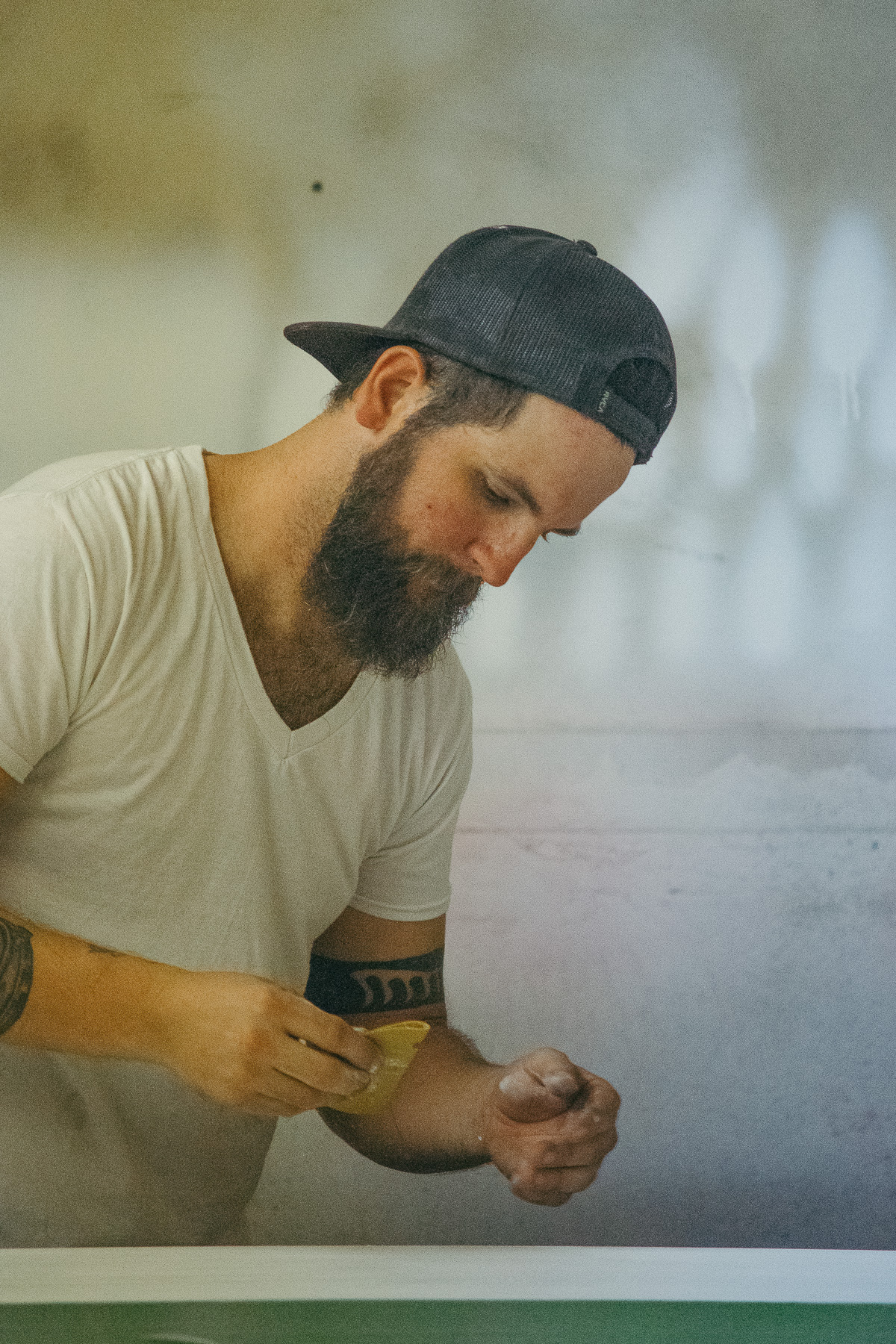 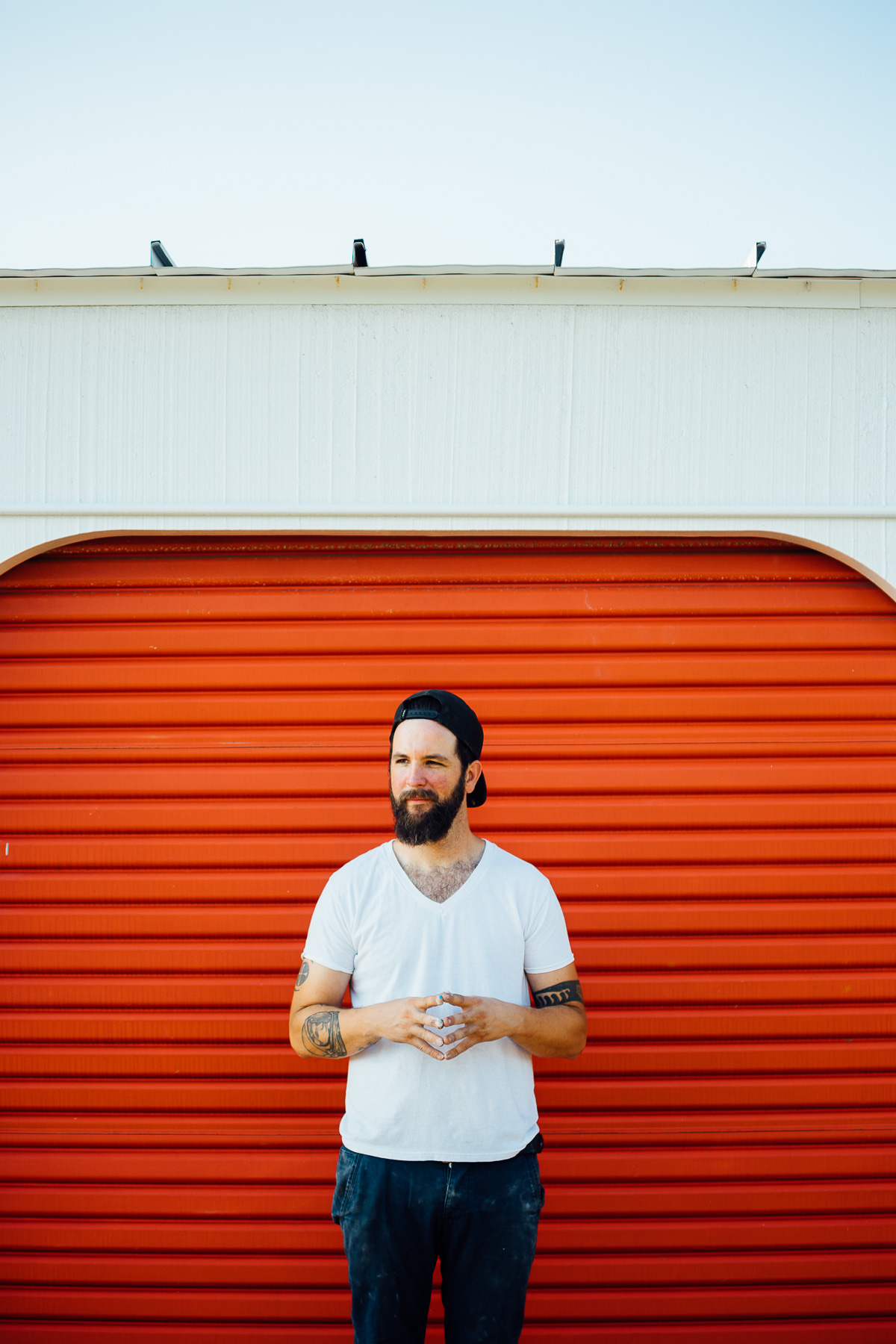 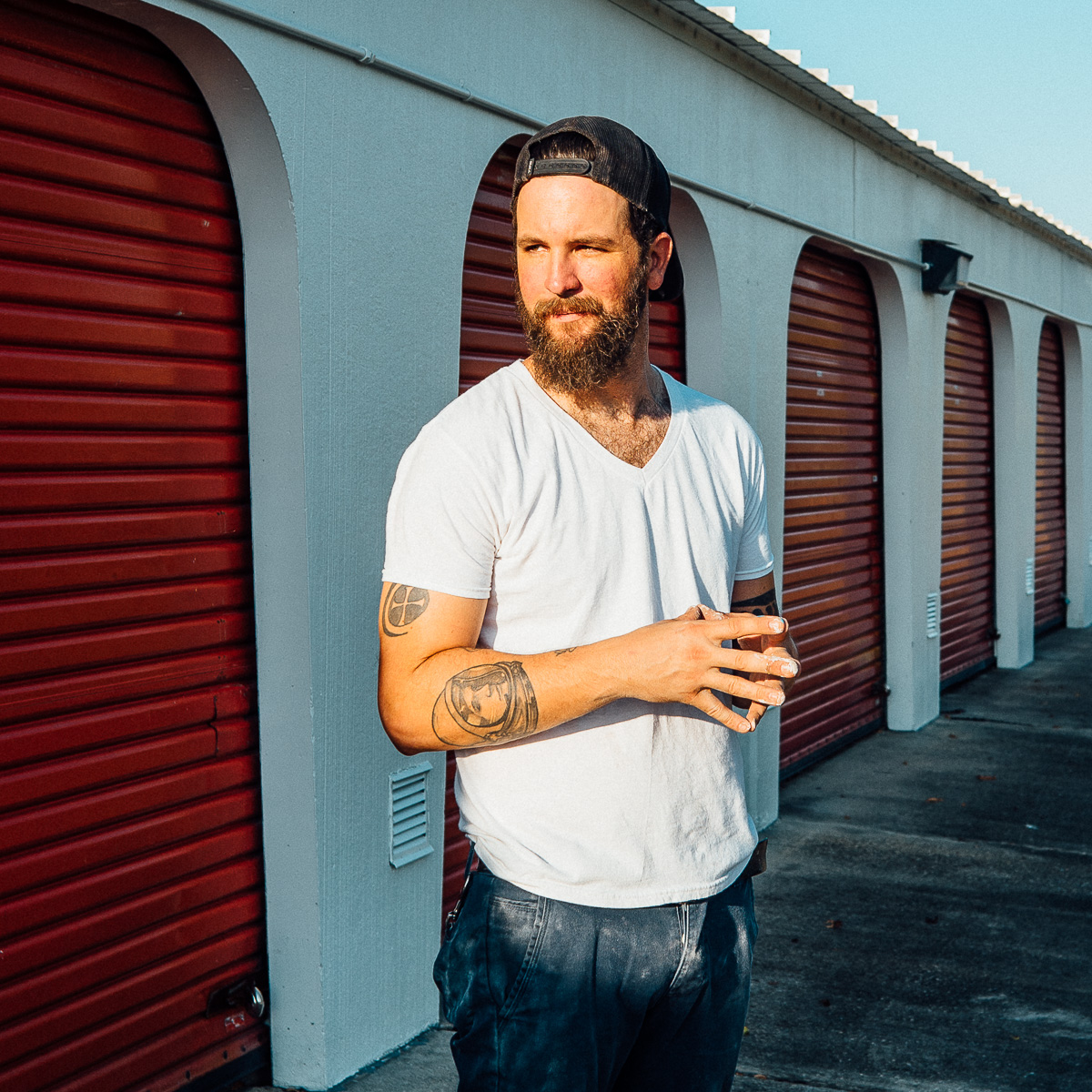 I love that you can create your own path or way to live here.  And whatever that path may be, it’s most likely going to be accepted.  I don’t feel any inhibitions here. There’s no competition here that I see, just people doing their thing and supporting one another.

2) Your work is so colorful and uniform, how has New Orleans inspired it?

All the colors I love are on all the houses of New Orleans. My pallete is painted all over town. Color is such a dynamic thing that can influence emotion.  It has the power to shift moods.  There are certain combinations of color that become ­so electric that your heart skips a beat.  I think this city craves that energy in all forms, so it makes sense that we paint our houses with such vibrant colors.  I want to put that same energy into my work in an orderly way, hence all the straight lines.  The color creates all the movement needed.

It’s very cool!  Not that it’s easy, but the city is curious about what others are doing. Through Instagram, I’ve connected with several other designers, makers, and creative entrepreneurs who have been  welcoming and interested in my work.  That interest and feedback as been largely responsible for the growth of generalpublic.

I’m really digging on these three side-tables I just finished.  They are the closest I have gotten to what I’m after.  Not just in terms of design, but also process.  I aim to keep the construction of the designs simple and clean. I’m a fan of multiples, so I work with a production mindset, but keeping the craftsmanship intact is important.  The combination of a painted surface, plywood edges (which I love), and a white base influenced by the minimal artist Sol Lewitt simplify the process by reducing the focus to just three things.

I also don’t want to make heavy things, and like to give the impression that the tables are floating.  I think the white legs give this illusion.  The plywood edges serve as a break between the base and the painted surface, which is to dominate aspect of the table, but just slightly.  I look for those three aspects of the design to balance each other out 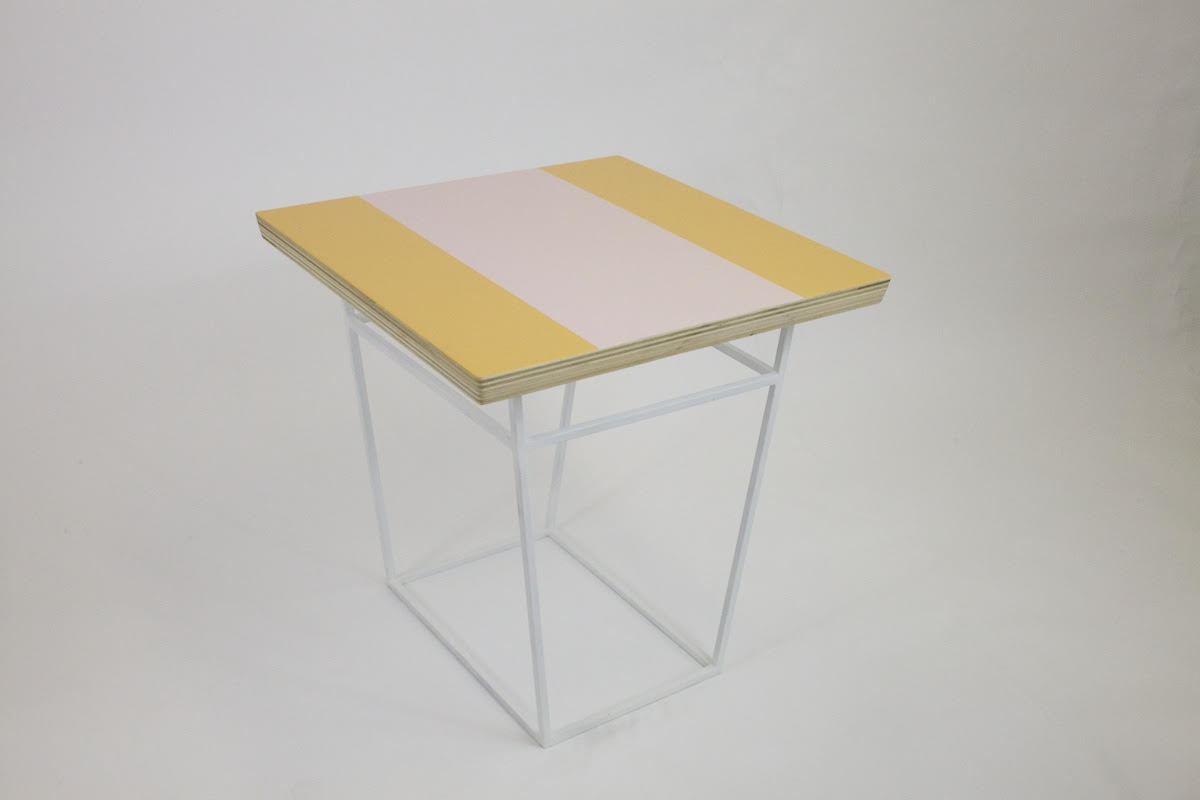 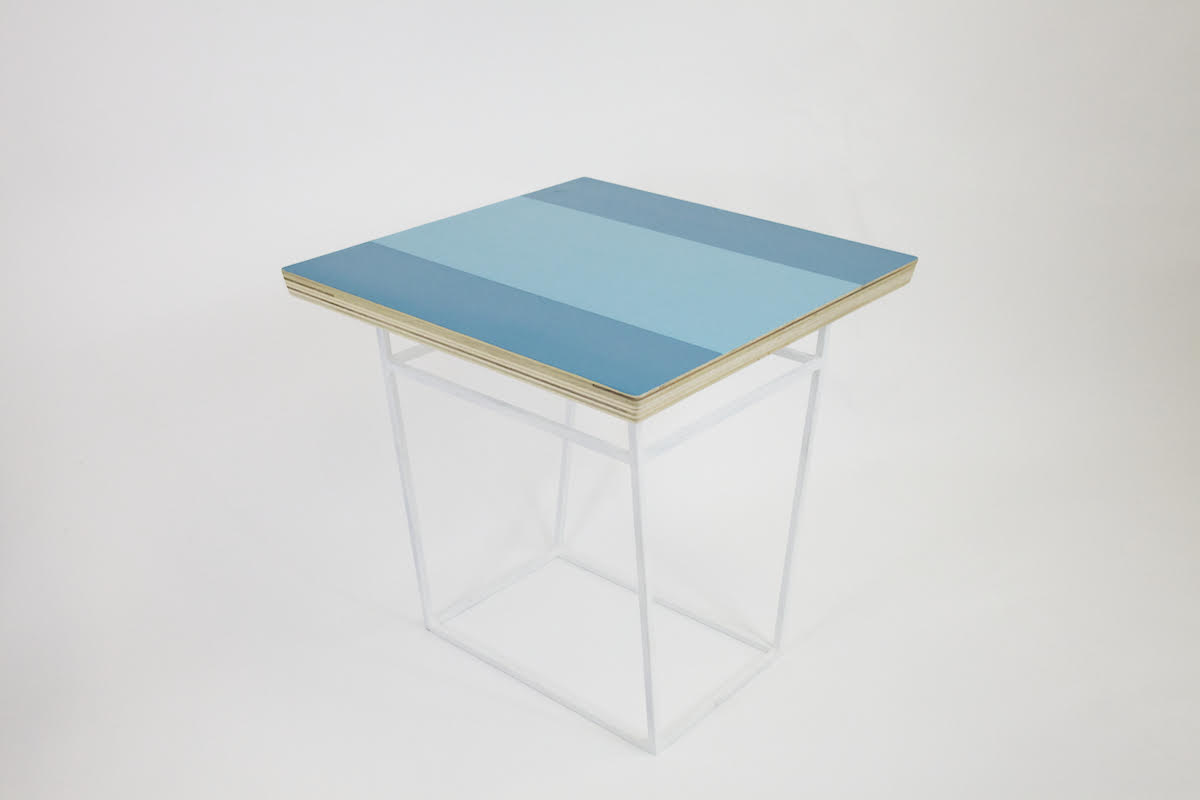