Holly Hobbs is one of the most fascinating creative folks I’ve met as of late. Frankly I had only been barely aware of her & her work though her Twitter account, @Holl_x. Even though she’s become well known for her ever evolving project Nola Hiphop Archive, Holly’s talents couldn’t be any more diverse and eclectic.

Originally from Missouri, Holly is not only a writer, photographer, documentarian, and a talented piano player, she’s also a Tulane Phd Candidate in Ethnomusicology. After sitting down and chatting with Holly a few weeks ago, upon learning about such a distinct focus, my frontal lobe was on fire.

Ethnomusicology is defined by Wikipedia as  “an area of study encompassing various approaches to the study of the many musics around the world that emphasize their cultural, social, material, cognitive, biological, and other dimensions or contexts instead of or in addition to its isolated sound component or any particular repertoire.” Having lived all over the world including several years in Ireland, I can’t imagine a better place than New Orleans to embed yourself musically and socially.

We had a such a great time shooting around Uptown and within Lafayette Cemetery No. 1. Check out the rest of the images from our shoot as well as her interview. 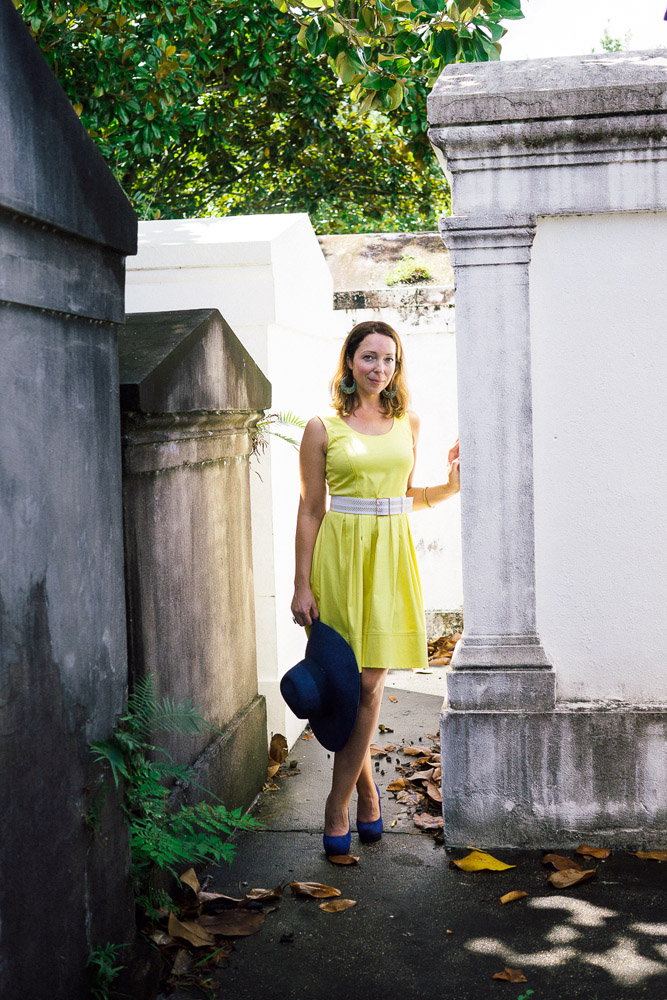 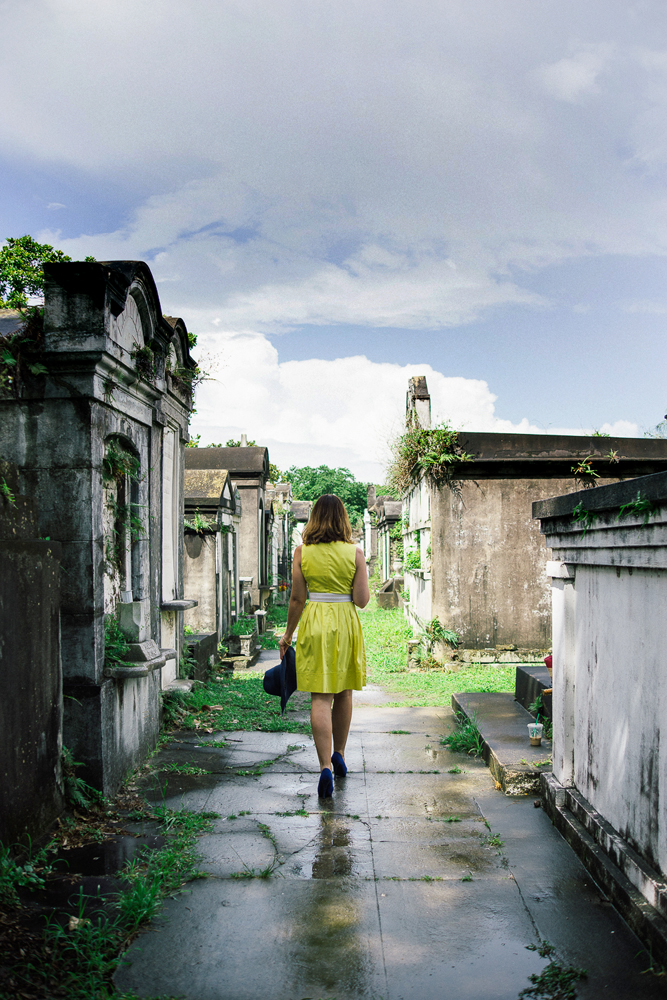 I’ve traveled a lot in my life thus far and New Orleans is a place that feels simultaneously like being overseas and being home. There’s a vibrancy of cultural expression here that has begun to feel somewhat rare in the States.

2) How is New Orleans Hip Hop different that the rest of the country/world, and what inspired you to create The Nola Hip Hop Archive?

New Orleans rap and bounce are just that–completely New Orleans. While there were early influences from elsewhere and continue to be, perhaps now more than ever in these post-Katrina years, New Orleans rap is just another facet of traditional musical expression in a city with a long history of African American public performance. Many of the most famous producers here––Mannie Fresh, KLC, etc––will all tell you that they prefer live instrumentation to sampling…Mannie and Juvenile’s 400 Degreez album was played almost entirely live by studio musicians. Nearly all the musicians I’ve interviewed thus far for the Archive play an instrument. I was working on my PhD at Tulane at the time and thinking about my dissertation…I knew that very few people would ever read it. I have a background in documentary film and decided that a video archive of oral history interviews would be the best of both worlds––providing research and data that was largely unavailable while simultaneously offering an accessible resource for community members. We launched the website in December of 2014, if you haven’t checked it out yet you can do so at http://www.nolahiphoparchive.com 🙂

I think it’s pretty immediate. But I’ve been here since 2009 and I have no plans to leave for now.

Hmm…being able to get fresh seafood never gets old.

James Booker anything. I’m a piano player and he has been my greatest influence. His poured his entire range of experience into his sound. There’ll never be another like him.